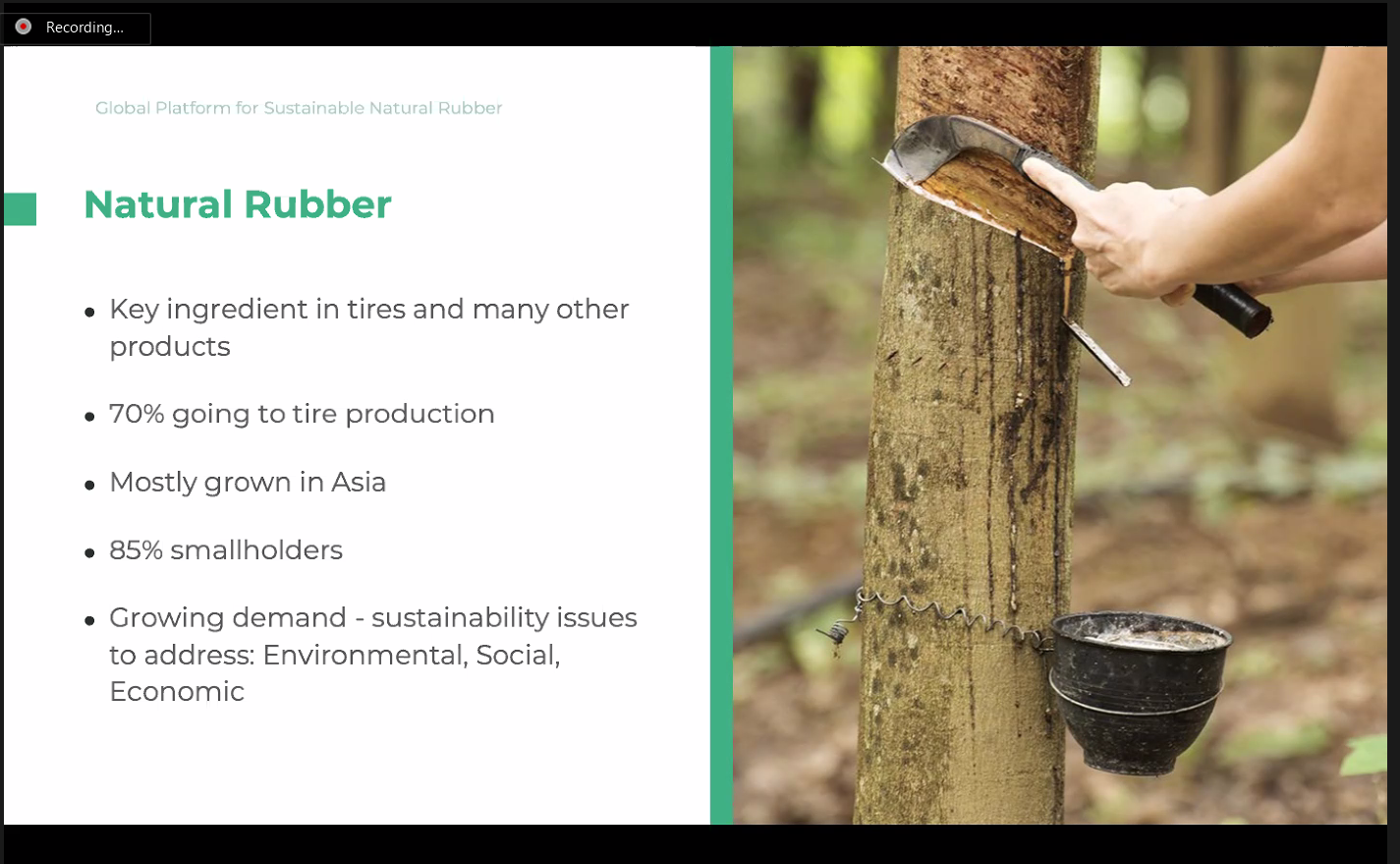 The global rubber industry is being increasingly threatened by many challenges including price fluctuation in the last decade, its socio-economic nexus with laborers that the sector employs, the rise of global environmental movements that view monoculture plantation as the major driver of deforestation and biodiversity loss and negative impacts on environment such as water pollution and soil erosion. Another challenge of the Myanmar natural rubber industry is low land productivity and inferior quality of produced rubber because of poor and improper farming, tapping and processing practices, weakness of institutional supports, lack of quality standards and certification system, and lack of government strategy.
By the time the conventional natural rubber industry is hardly taking its last breaths because of its socio-environmental flaws, smallholders will be among the most vulnerable who have to bear the brunt of the failure of the industry because of their poor market competitiveness with private plantations that have access to more efficient processing factories. However there is still a hope to revitalize the industry by going green to ensure socio-environmental safeguards as demand by the emerging global market. Therefore, no doubt, revitalizing rubber through sustainable ways could bring double healing effects for the livelihood development of the smallholder farmers and the sustainability of the environment in Myanmar.
In 2019, ALARM, Mighty Earth and MRPPA organized a workshop in Northern Shan State namely “Environmental Sustainability and Responsible Rubber Development” in order to share with key stakeholders their respective concerns and hopes for the natural rubber industry in Shan State, as well as specifically about the international best practices. The workshop concluded to work together to explore possible solutions for addressing the negative aspects of the natural rubber industry and best transform the industry into a sustainable one to be eligible to export more of its products into the global natural rubber market.

Therefore, according to the outcomes of the previous workshops, ALARM in conjunction with MRPPA, intends to hold a multi-stakeholder workshop “to share the critical role and updated experiences of the Sustainable Natural Rubber currently developed in the global natural rubber industry,” with major local stakeholders for their awareness towards the sustainable natural rubber production in Myanmar.

The Workshop was held via Zoom Online Application from 9:00 am to 12:55 Pm on 27th January 2021. There is total of 29 participants from various sectors, including smallholder rubber farmers, Processors/Traders/Exporters, Rubber Product Manufacturers, NGOs and Government Departments attended at the workshop.

After Opening remarks from U Win Myo Thu (E.D of ALARM) and keynote speech from Association of Natural Rubber Producing Countries (ANRPC), participating organizations, Department of Agriculture, Environmental Conservation Department, Southern Myanmar Rubber Company, Dawei Golden Land Company and WWF Myanmar shared their knowledges and experiences in doing sustainable natural rubber currently developed in Global Rubber Industry.
In Myanmar, Hevea rubber was first introduced in the late 1880s under the British colonial period. In the beginning, it was grown commercially by foreign and local companies, and later predominantly by smallholders until the early 21st century when the government policies favoured large agricultural concessions for industrial crops. When the economy opened up to private sector and foreign investment, coupled with the rise in international rubber price, rubber planting in Myanmar was then expanded not only in traditional areas of Mon State, Kayin State and Tanintharyi Region, but also in non-traditional areas, particularly Shan and Kachin States in the north and the northeast as well as in Bago, Yangon, Ayeyarwaddy, and Sagaing Regions and Rakhine State respectively.

With the large expansion of rubber planting area and increased production in the recent decades, Myanmar’s natural rubber industry has grown rapidly and the country has accordingly become the seventh country in respect of planted area and production among the members of the Association of Natural Rubber Producing Countries (ANRPC). In Myanmar, 1.63 million acres (659,600 hectares) of rubber had been extensively grown across the country and 279,900 tonnes of rubber was produced in 2019. Myanmar exported 200,400 tonnes (equivalent to USD 257.752 million) accounted for about 2% of the global export (13.1 billion) in 2019 by standing as the sixth top natural rubber exporter after Thailand (31.5%), Indonesia (29.8%), Cote d’Ivoire (8.4%), Vietnam (7.6%) and Malaysian (6.9%) in 2019. Myanmar, no doubt, possesses a huge potential to increase its share in the global demand for natural rubber with the existing business linkages with China, Singapore, Indonesia, Malaysia, Vietnam, South Korea, India and Japan.
(27.01.2021)