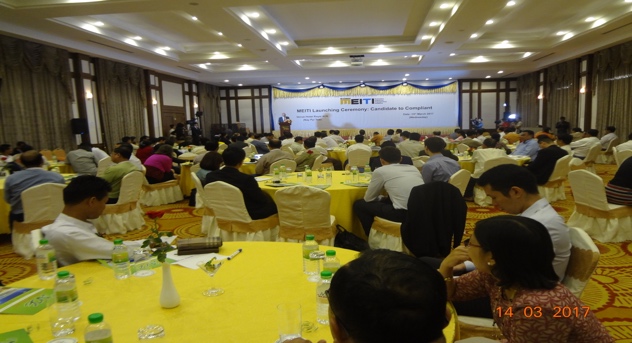 The EITI is an international standard for transparency in extractive industry payments and receipts. In countries participating in the EITI, companies are required to publish what they pay to governments and governments are required to publish what they receive from companies. These figures are then reconciled by an independent administrator. A multi-stakeholder group(MSG) that includes representatives from the government, industry and civil society oversees the EITI process in each country. The exact composition of the MSG varies by country, the EITI criteria requires that all stakeholders must be represented and able to operate free of “undue influence or coercion”. Representatives on the MSG are responsible for liaising with their constituencies and acting as their spokesperson within the MSG. Other groups may also be important to the EITI process. In some countries, for example, parliamentarians have played an important supporting role by passing legislation that formalizes the EITI as law. Civil society groups and media that are not directly involved in the MSG may also play an oversight role or assist in educating the general public on what the EITI is and why it is important.

In the effort to translate natural resource wealth into better development for the local population, the EITI sits in the center of the value-chain, focusing on revenue transparency. In resource rich economies, oil, gas and mining companies make payments directly to governments. Normal channels public accountability are often missing in resource-dependent countries because the government has an autonomous source of revenue not dependent on taxing its citizens. Government reliance on extractive revenues can result in lower public service delivery, increased opportunities for corruption and higher dependency on the extractive sector. The EITI aims to address this problem by increasing public information, empowering the public to more effectively hold government accountable for resource revenues. Some other benefits of increased revenue transparency include;

The Myanmar EITI (MEITI) was initiative in U Thein Sein’s government, to help establish confidence among international and national reformists of the country’s democratic transition through enhancing public participation in the EITI multi-stakeholder group, which is an oversight committee of the MEITI process. However, it became idle when the elected NLD-government took office in 2016. Regardless of a constant insistence from the civil society to resume the process, that situation lasted for almost a year until March, when the government was convinced to revisit the MEITI process as a result of a constant claim by the CSOs led by a couple of organizations including ALARM. The Government later applied for an extension to the EITI International Secretariat Office to accept the late submission of the EITI report, submitted a revised work plan and then resumed the EITI dialogue processes.

Being an active member of EITI MSG as a CSO representative, ALARM participated in a couple of MSG meetings organized in Naypyitaw (May, November,2017 ), in the Inlay Lake (June,2017 ), and in Yangon (September, December, 2017 ) and made technical inputs to effectively hit the targets outlined in the MEITI work plan. Moreover, ALARM supported the required technical inputs in drawing the EITI process and led to develop the second and third reports. 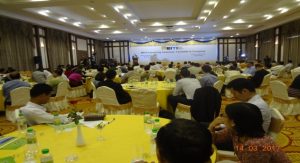