The FLEGT needs to be continued to fight against illegal logging and deforestation to effectively mitigate climate change in Myanmar. 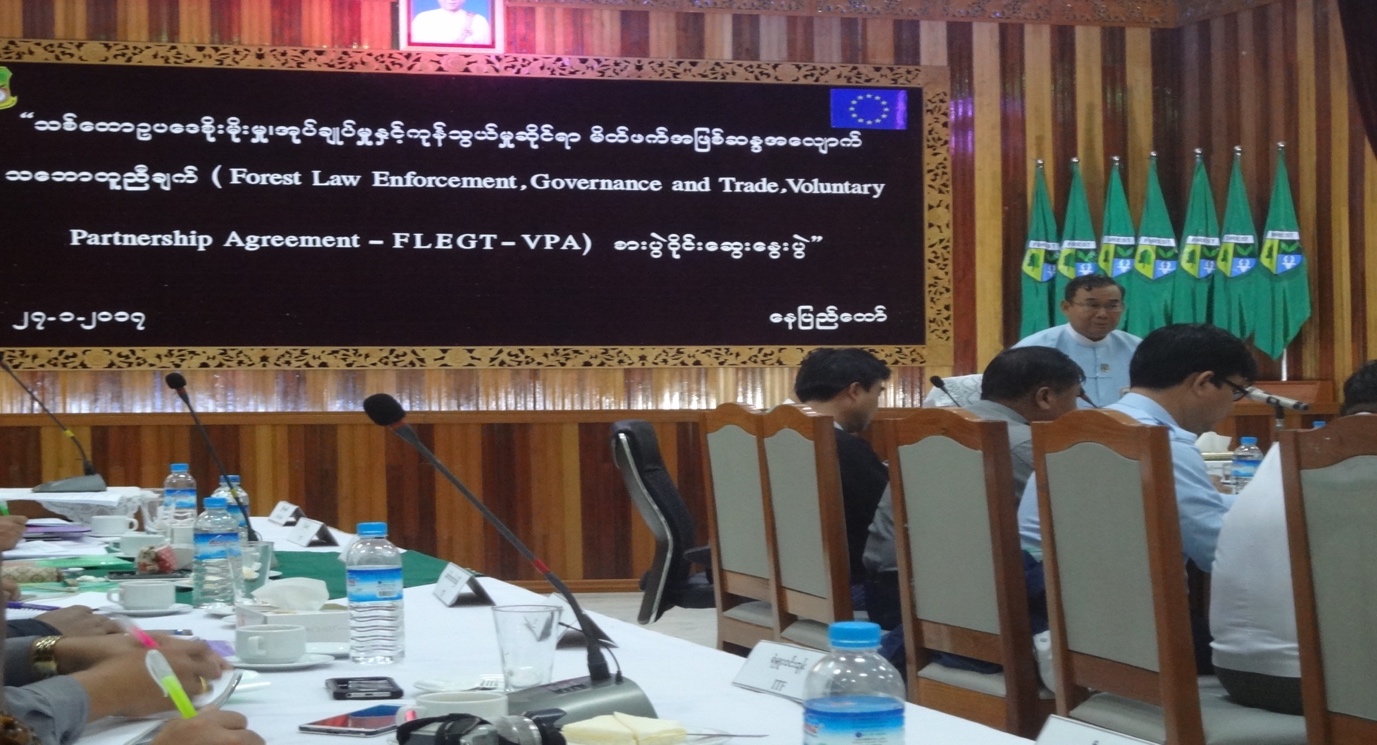 The Forest Law Enforcement, Governance and Trade (FLEGT) is the mechanism initiated by the government to materialize resource governance by improving transparency and accountability through law enforcement and enhancing public participation in decision making processes.

Currently Myanmar has one of the highest rates of deforestation in the world. Between 1990 and 2005, Myanmar lost an average of 466,000 hectares of forest per year – or 18% of its total forest area. Much of this clearance has happened due to illegal logging. Illegal logging has a devastating effect on communities and biodiversity. It causes vast carbon emissions and can keep poor countries in a dangerous and damaging cycle of poverty and corruption. The challenge is therefore to tackle the root causes of illegality, which include corruption, lack of clarity about land rights and the excessive influence of the timber industry over forestry policies and legislation. FLEGT aims to ensure that wood being sold in the EU can be shown to be legal. This process aims to achieve legal forest use, when based on laws that are environmentally sound and socially just, to ensure environmental protection whilst providing livelihoods for the forest dependent poor.

ALARM has jointly implemented the “FLEGT in Myanmar: Laying the foundation and Mobilizing Civil Society” project over three years starting from January 2014 to December 2016.The overall objective is to establish the basis for the effective and inclusive implementation of EU FLEGT Action Plan for Myanmar, including Voluntary Partnership Agreement (VPA).FLEGT deals with loss of government revenue through the illegal timber trade, pressure to regain international standing in trade relations, and ambitions to access European timber markets. This has mobilized the Myanmar Government to engage with the Europe Union(EU) on Forest Law Enforcement, Governance and Trade (FLEGT).The specific objectives of the project are to raise awareness, mobilize, capacitate and engage government, private sector, civil society, and other stakeholders for inclusive FLEGT deliberations; to initiate ,transparent and credible FLEGT-related information systems: and to pilot FLEGT demonstration implementation activities, particularly in illegal logging ‘hotspots’. A range of awareness-raising trainings on FLEGT concepts and issues, technical skill development and organizational development activities to train key stakeholders to understand concepts relating to FLEGT, and how to apply them. The main focus of interest is on CSOs, NGOs, and CBOs, government staff and the private sector. 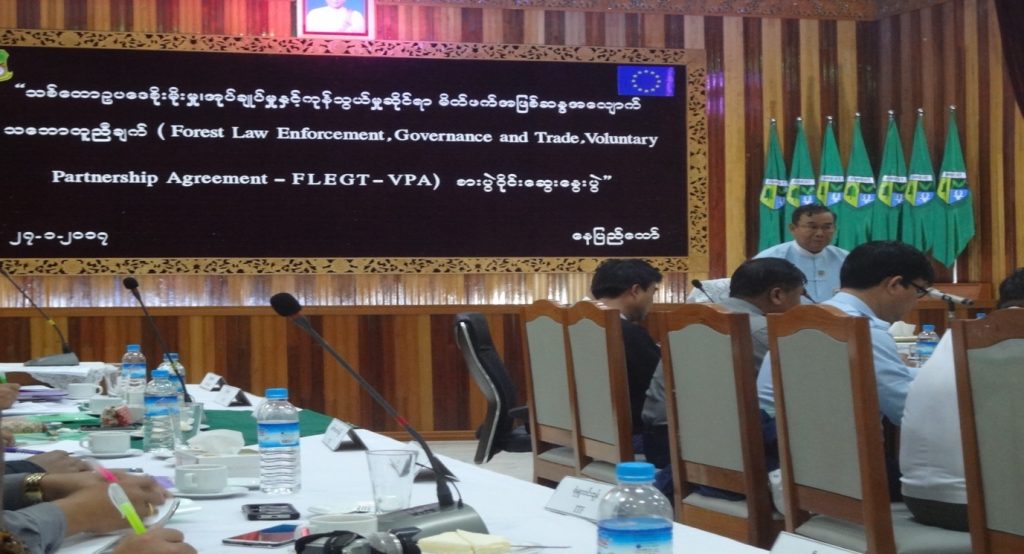 Being the one introduced FLEGT in Myanmar, ALARM has been actively involving since the beginning of the FLEGT process in the country as a representative of CSOs in the interim task force (ITF), which is formed by equal numbers of representatives from the government, the companies and the CSOs. ALARM participated in a series of twenty four ITF meetings. On account of the fact that a coordination meeting is necessary before ITF meeting in order to do necessary preparation for the ITF meetings, ALARM helped the CSO ITF members organize five CSO ITF preparation meetings in January, April, May, July and September 2017 and accordingly made a lot of contributions to the development of terms of reference (TOR) for MSG, to having genuine representation in MSG and awareness raising about FLEGT , to improvement of forest law and the development of CSO positions on the TLAS. In addition, ALARM participated in the selection of the representatives for CSOs at the National Level for FLEGT-VPA Process on January 2018.