MIC seizes back the unplanted lands in several oil-palm plantations of Tanintharri, after the launch of ‘Behind the Oil Palm’ Report. 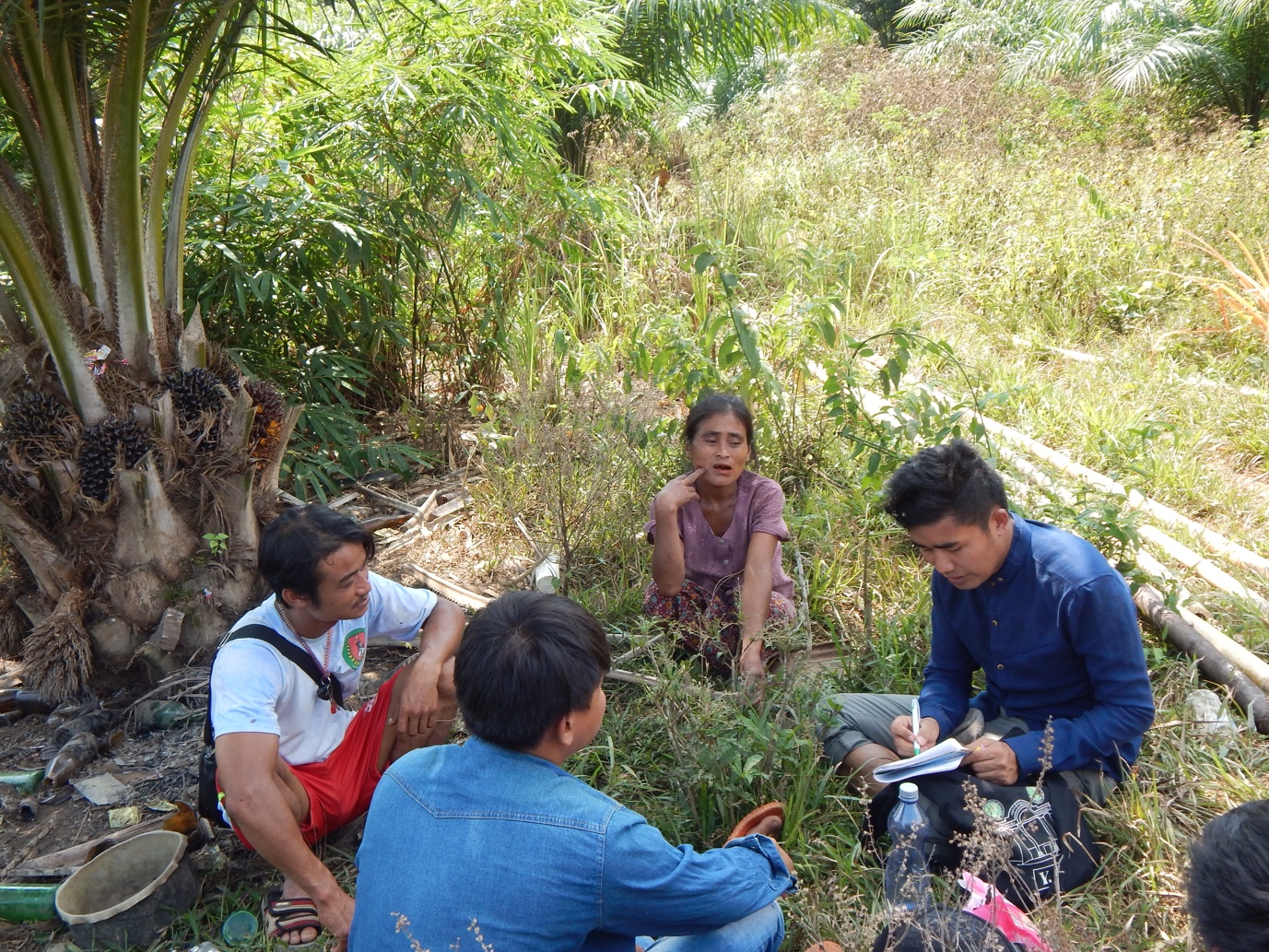 Indigenous local community living in Tanitharyi region have survived for the last 20 years under the fear of running and hiding from one place to another under the arm-conflict between government army and insurgent groups .Villagers in these areas are still living under constant fear of fighting. Those who have power , money and backing of foreign investors grabbed hold of local orchards, village own lands and forest. In the year 2011 at Bokepyin Township, Myanmar Auto Corporation Company(MAC), a joint venture company established by Auto Industrial Co.Ltd based in Korea and Resources & Resources( R&R Pte.Ltd) based in Singapore with a contribution of 51% and 49% share from the former and latter respectively. Auto Industrial Co.Ltd was firstly established in 1982.The company first traded under the name Auto Electric Corp(AEC) and was renamed as Auto Industrial Co.ltd(AIC) in 2009.AIC has branches in Indonesia , China, and America, specializing in the manufacturing of pressure sensors, car’s spare parts, and electronic communication devices.MAC was registered as a company in 2011 through permission of Ministry of Agriculture and Irrigation with validity up to March,2018.MAC then later received permission for the establishment of oil palm plantations and processing plant from Myanmar Investment Committee(MIC) in October 2011.It was the first company granted permission for 100% foreign investment in the oil palm industry. Interestingly the AIC website describes the Company interests in Myanmar as being granted permission for not only the establishment oil palm plantations and refinery plants but also timber extraction and furniture production.

AIC has worked in partnership since December,2013 with Auto Electric Corp(AEAC) and Autorica LLC, two USA registered companies based in Albama and Girogania respectively. AIC produces and trades factory automation systems, provides part processing and associated equipment. AIC has been awarded certificate by AESC and Autorica Company in December,2014.[3] 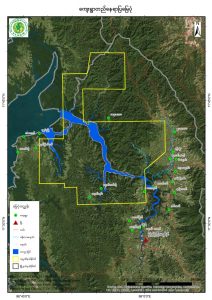 MAC’s oil palm plantation project is located 92 miles from Myeik in Pyigyimandaing Sub township, Kawthaung District ,Tanitharyi Region and transected by the Myeik-Kawthaung Road. The project area is bordering with Pyigyimandaing City in the South, Myanmar Royal Prestige Plantation Co.ltd in the North and extending west of the Myeik-Kawthaung Road to the coastal line. The entire Lenya River watershed and its river estuaries are located in the MAC project area. Although there are a number of villages in the project area ,it has been reported by local communities that villages such as Ma Noe Yone , Ma Noe Lar, and Htaung Kha Met located closest to the project area have been the greatest affected by MAC’s activities. In 1996, these villages fled civil war conflict between the Myanmar Government army and KNU and re-settle by the roadside of Myeik-Kawthaung Road. It is estimated a total of 84 households and 407 people(207 males and 200 females) collectively live in these villages. Most of the villagers are Kayin ethnic groups and Christian minorities and have relied on growing areca nut, cashew nut, Taungya and hunting as the major livelihood activities since their migration to the area. Since MAC activities begun in the area in 2012 about 2500 acres of gardens and Taungya including areca nut, cashew nut and jackfruit plantations have been destroyed having a significant impact on the sustainable livelihoods of local community.

Therefore, proper and systematic documentation to measure the lost areas or land grabs or given up land with the participation of local community are required and claiming them back those areas is also needed. The collected data/documents or information can be shared among the villagers, community leaders, community based organizations, civil society organizations; and the next step would be advocate to the decision makers of authorities and do the needful and appropriate campaigns. The project can then assist the communities in the preparation of cases for the loss of orchards and farmlands according to the existing land laws. The project aims to reach out to local communities and help them aware of their basic rights, assist and organize capacity building for the local youth, and help them in the formation/ establishment of self-help groups in order to pursue and manage the natural resources and sustainable development. 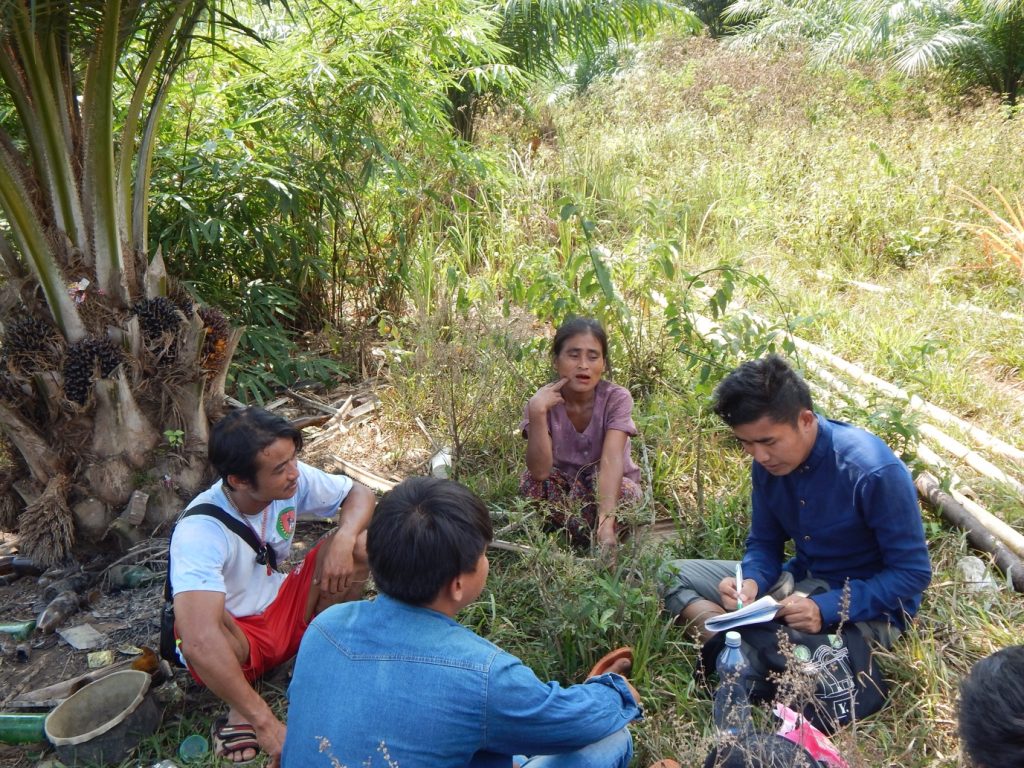 Hence, the study was conducted in collaboration with local communities in examining whether MAC oil palm project has compiled with existing Myanmar laws, investigating the impacts of oil palm projects on environment and local communities as the ethnic minority groups who originally owned the land have claimed their losses. The study aims to investigate MAC’s intentions to gain additional financial benefits from the land allocation other than just oil palm production, to examine whether MAC has compiled with the conditions of their permit, Myanmar Government regulations, environmental legislation, and international human rights obligations, i.e respect, protect and fulfil human rights, to resolve conflicts between MAC and local communities by documenting the impact of land confiscation to local communities to enable in supporting them to receive compensation for the loss of sustainable livelihoods and ancestral lands in accordance with their desire and other suitable rights. We also interviewed with the local people and  carried out the Field Observation and research about the land grabbing case. Moreover, the report titled on “ Behind the oil palm: Consequences of International Investment in Oil Palm Plantations” was launched at Yangon and Htwei townships on 17th March and 19th March 2018.After that , the meeting with the regional members of parliament and members of parliament from Amyothar Hluttaw and Pyithu 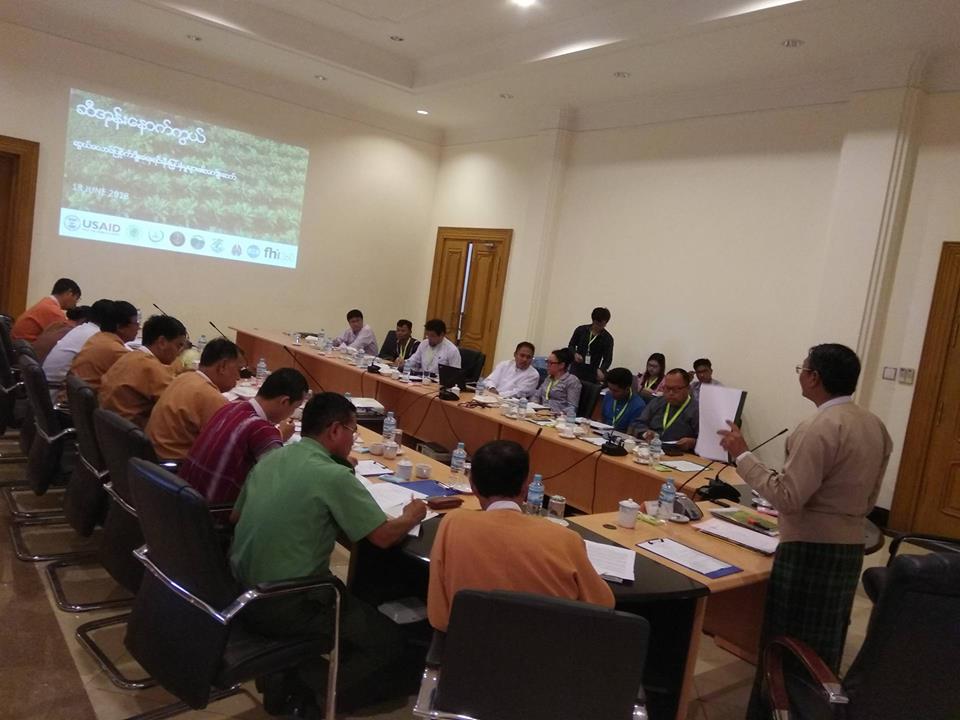 Hluttaw were done to discussed about the MAC land confiscation case. On 18th June,2018 ALARM together with Southern Youth Organization presented the findings and recommendations of the “Behind the oil palm: Consequences of International Investment in Oil Palm Plantations” to the Agriculture, Livestock and Fishery Development committee of Amyothar Hluttaw. 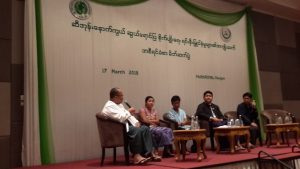 Dawei and many media joined the workshop. After the launch report, Myanmar Investment Commission announced the letter to take back the land from the five big palm oil companies located at Tanitharyi Region where there are the Thick Forest and inappropriate land for oil palm plantation. In addition, the Tanitharyi regional government announced that they had taken back over the 140000 acres of land where the oil palm plantations have not actually grown now. 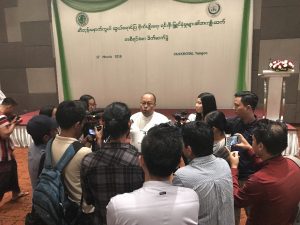 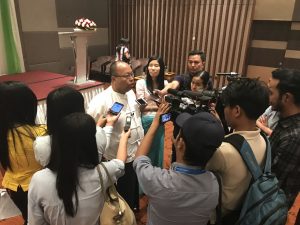 Publication of media articles about issues expressed at the conference has been recorded so far.(See attached Table 1).